The national flag carrier of Switzerland, Swiss International Air Lines AG, commonly referred to as Swiss, recently announced their air freight division, Swiss WorldCargo, will launch a new nonstop service to Osaka, Japan, and Washington D.C., U.S. The new service will come into effect in March 2020. An Airbus A340-300 and Airbus A330-300 will operate on the new routes servicing the two destinations.

Swiss WorldCargo will fly to Washington D.C. daily during their Summer Timetable, and five times weekly during their Winter Timetable, while Osaka will be serviced five times weekly. As a result of the additional destinations, nonstop connections between Japan’s third-largest city and the capital of the United States of America will be created with a weekly payload of 100 to 150 tonnes in each direction being offered.

Along with the new air cargo routes Swiss WorldCargo will replace the Airbus A330 and A340 aircraft on their daily flights to Tokyo, Japan, and Miami, the U.S.A. with a larger Boeing 777-300ER. Both Tokyo and Miami are already well-established and important routes within the air carriers network.

As of February 2020, Boeing 777-300ERs will operate on the Zurich-Tokyo route, while the Zurich-Miami route will switch to all-Boeing 777-300ER service from Summer 2020. The larger-capacity aircraft will provide a significant increase in payload.

Swiss WorldCargo Head of Global Area & Contribution Management, Alexander Arafa said, “We are very excited to announce our new destinations for 2020, which allow us to expand our reach within strategic global markets, by increasing capacity to and from major locations in Japan and the U.S.A, we are able to further meet the needs of our customers in these cities and their surrounding regions.” 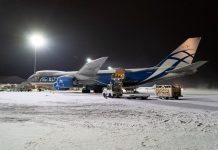 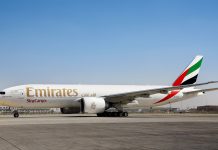 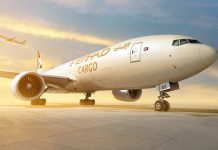