Bei Bei, a male panda born in 2015 at the Smithsonian’s National Zoo, is the offspring of Mei Xiang and Tian Tian, both currently living in the National Zoo in Washington, D.C. Accompanied by one panda keeper and one veterinarian, Bei Bei was placed in a special crate provided by FedEx and traveled onboard a custom-decaled FedEx Express 777 Freighter nonstop from Washington’s Dulles International Airport to Chengdu, China, with a supply of his favorite treats, including 66 pounds of bamboo, 2 pounds of apples and pears, two bags of leafeater biscuits, 2 pounds of cooked sweet potatoes and water.

“We are honored to again be part of a truly special mission. The successful transportation of Bei Bei underscores the company’s commitment to safely and securely transporting even the world’s most precious cargo,” said Karen Reddington, president, Asia Pacific, FedEx Express. “We are proud to have once again served as the trusted carrier, which is a testament to our operational strength and ability to handle highly sophisticated shipments that need special attention and requirements. We are looking forward to seeing Bei Bei adapt well to his new environment.”

Prior to the flight, Bei Bei spent a month getting accustomed to the crate space for a comfortable journey in a familiar environment. Upon arrival in Chengdu, Bei Bei’s new keepers from the China Conservation and Research Center for the Giant Panda met him on the tarmac and drove him to Bifengxia Panda Base where he will stay in quarantine for approximately 30 days. The Smithsonian’s National Zoo’s keeper will remain with Bei Bei for a short time as he acclimates to his new home in China.

FedEx Express also provided logistical support in Washington, D.C. to deliver Bei Bei from the zoo to the airport. FedEx pilots, drivers and operations specialists selected to transport Bei Bei are among the company’s most seasoned team members. This showcases end-to-end capabilities to handle special shipments that meet the highest standards of operational excellence in the industry.

This is the eighth time that FedEx Express is transporting the giant panda. The previous seven successful deliveries include:

FedEx donated a dedicated aircraft to bring Bei Bei’s sister Bao Bao to China in 2017. Their brother, Tai Shan, was brought back to China in 2010, and their parents, Mei Xiang and Tian Tian, were sent to the United States in 2000. 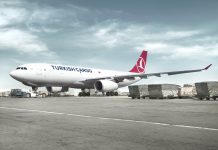 Turkish Cargo continues to be the Business Partner of the Trade 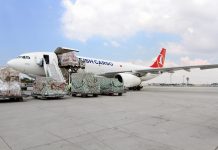 The International Air Transport Association (IATA) and its members renewed their call to governments to take urgent measures to ensure that vital...
Read more
Technology

Lufthansa Cargo is continuing to expand its digital innovation portfolio by launching a new API in 2019 that will now also used...
Read more
Freight Forwarding

Kerry Logistics has moved its air freight division in the UK into a new facility close to London Heathrow Airport as it...
Read more