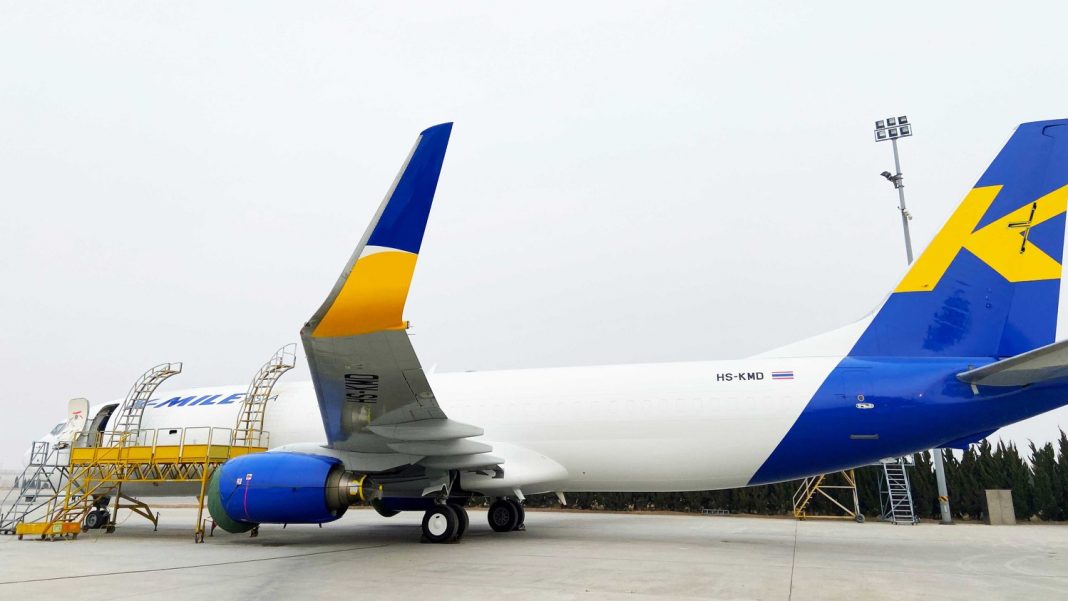 In anticipation of the upcoming e-commerce peak season where DHL Express expects orders and sales to rise significantly, the world’s leading international express service provider has expanded its airfreight capacity within Asia with a newly converted B737-800 freighter.

Operated by K-Mile Asia, a partner of DHL, the new aircraft offers a total gross payload of close to 140 tons weekly as it travels six times a week from Hanoi to Hong Kong and Bangkok before making its return to Hanoi. This is a 30 percent increase in capacity carried previously by the Boeing B737-400SF freighter, enabling better preparation and response to the anticipated growth in shipment volumes in the coming months.

The expanded capacity and increased flight frequency from five to six times per week will equally enable businesses and consumers from the three markets to capitalize on the growth in trade opportunities within Asia, as they benefit from quicker deliveries and shorter transit times.

Commenting on the launch of the new flight, Ken Lee, CEO, DHL Express Asia Pacific, said, “Asia Pacific has remained resilient despite the economic impact brought about by the COVID-19 pandemic. In fact, we see increased activity in cross-border trade and e-commerce within the region due to improved logistics, enhanced connectedness, and reduced trade barriers. With the expansion of our airfreight capacity, we are confident that we can provide businesses in Thailand, Vietnam and Hong Kong with better access to other markets via our extensive global network and boost their economies in the process.”

Economic growth in Asia Pacific has shown signs of rebound and is set to continue, driven in part by a progressive rollout of COVID-19 vaccines across the region. Exports are also forecasted to grow rapidly due to stronger supply chain networks and ASEAN policy initiatives, such as the Regional Comprehensive Economic Partnership (RCEP), that promote regional economic integration.

In addition, Asia Pacific’s e-commerce sales are showing no signs of slowing down – reaching USD2 trillion by 2025 – as mobile connectivity and a digital-savvy demographic propel digital adoption.

Making purchases from abroad has therefore become increasingly ubiquitous. For example, almost 75 percent of online shoppers in Hong Kong and 50 percent in Thailand have made purchases on overseas platforms. Similarly, Vietnam has also seen an acceleration in cross-border e-commerce activities.

“As consumers get used to shopping online, businesses are equally making the leap to digital platforms to conduct their B2B transactions, not to mention many of which are helmed by digital natives who have grown up in the age of the Internet,” said Sean Wall, Executive Vice President, Network Operations & Aviation, DHL Express Asia Pacific. “To tackle this surge in demand, we have been actively finding opportunities to enhance our fleet, including the conversion of suitable passenger aircraft. In addition, utilizing the B737-800 will also help us reduce carbon emissions by 15 percent as compared to the B737 Classic aircraft, which is one of the deciding factors as we accelerate toward our climate-neutral logistics target.”

The new B737-800 aircraft connecting Bangkok, Hong Kong and Hanoi joins three other aircraft in the fleet that concurrently and collectively serve Hong Kong, Phnom Penh, Singapore and Jakarta. It is also part of DHL Express’ commitment to bolstering its Asia Pacific network with the investment of close to EUR 60 million by introducing new aircraft and direct routes. 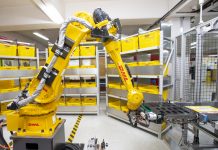 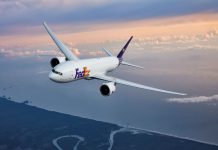 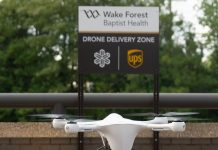