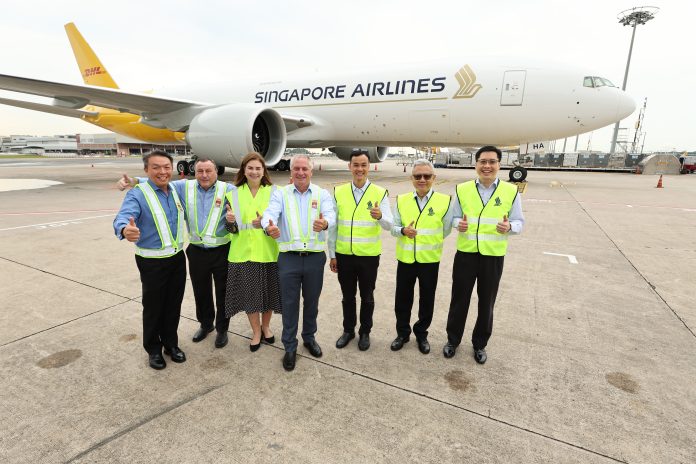 DHL Express, the world’s leading international express service provider, has welcomed the arrival of its new Boeing 777 freighter at Singapore Changi Airport. The freighter, which sports a dual DHL-Singapore Airlines (SIA) livery, has a maximum capacity of 102 tons. SIA will operate it on routes to the United States of America via South Korea thrice weekly from August 2022.

“Our global DHL Express aviation network consists of a combination of owned and partner airlines, which allows us to respond to increasing customer demand with agility and flexibility. The new Boeing 777 freighter demonstrates our ongoing effort to strengthen our network and adjust flight routes, as well as lower our carbon emissions to achieve greener logistics. In addition, Singapore Airlines’ expertise in flight operations will enable us to better meet our customers’ needs in cross-border commerce as we leverage the strategic location of our South Asia Hub in Singapore,” says Robert Hyslop, Executive Vice President for Aviation, DHL Express.

“We are thrilled that the partnership between DHL and Singapore Airlines will be predicated on the strength of Boeing 777 Freighters,” says Christy Reese, Vice President of Commercial Sales and Marketing, Asia Pacific, Boeing. “The versatile 777 Freighter is the world’s largest, most capable twin-engine freighter and can fly long-range trans-Pacific missions in excess of 6,000 nautical miles with 20 per cent more payload than other large freighters like the 747-400F. The aeroplane, capable of carrying a maximum payload of 102 tons, will deliver superior ton-per-mile economics for DHL and Singapore Airlines as they look to sustainably address increased demand in the global air freight market.” 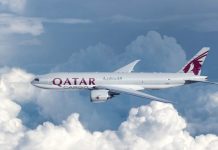 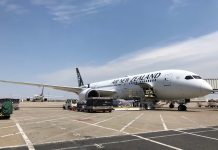 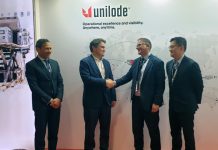